In full transparency, the following is a press release from the Massachusetts Attorney General’s office submitted to SOURCE media.

WOBURN –A Shrewsbury man who owned automotive repair businesses in Everett and Worcester has pleaded guilty and been sentenced to serve two and a half years in jail in connection with a complex motor vehicle fraud scheme in which he damaged vehicles with sledgehammers and stole $170,000, Attorney General Maura Healey announced yesterday, June 23.

“This defendant took sledgehammers and mallets to his customers’ cars so he could jack up the cost of repairs, bilk insurance companies, and make off with hundreds of thousands of dollars,” AG Healey said. “My office took action to hold this individual responsible for his illegal conduct and with this sentence, he will now serve time in jail for his crimes.”

Following the plea, Judge Paul Wilson sentenced Haddad to serve two and a half years in jail, with six months to serve, and the balance suspended for three years of probation with the conditions that he pay $170,000 in restitution – $5,000 of which he must pay in the next 30 days – surrender his automotive appraisals license, and complete a financial statement with supporting documentation every six months.

Haddad is also required to provide the AG’s Office with his individual and yearly tax returns for ADH Collision for the three-year term of his probation.

The sentence is stayed until June 25.

The AG’s Office began its investigation in 2017, after a referral from the Insurance Fraud Bureau. In March 2019, Haddad was indicted in connection with running complex motor vehicle fraud scheme. The charges were the result of a joint investigation by the Insurance Fraud Bureau of Massachusetts, the Massachusetts State Police assigned to the AG’s Office, and the Everett Police Department.

“Thirty years ago, the Insurance Fraud Bureau of Massachusetts (IFB) was created for this exact reason; to combat automobile insurance fraud,” said Anthony M. DiPaulo, Executive Director of the Insurance Fraud Bureau. “The type of fraud perpetrated by this individual increases the cost of automobile insurance premiums for consumers in the state of Massachusetts. This case was borne out of a collaborative effort by Attorney General Maura Healey’s Office and the IFB. In August of 2016, we created a task force to specifically address concerns with autobody repair shops. The perseverance and hard work by all involved is a demonstration that insurance fraud will not be tolerated in Massachusetts.”

The investigation revealed that over a four-year period, Haddad regularly enhanced damage, and caused new damage to customer’s vehicles to falsely inflate appraisal repair quotes for labor, paint, and parts reimbursement requests. Haddad would then make an additional profit by pocketing the insurance company’s check and not completing the necessary repairs on the customers’ cars.

Surveillance footage from one of Haddad’s business locations shows him using mallets, sledgehammers, and pieces of wood to intentionally cause damage to five customers’ vehicles.

In total, Haddad stole more than $170,000 from 11 different insurance companies.

This case was prosecuted by Assistant Attorney General Jennifer Cotter, Chief of the AG’s White Collar and Public Integrity Division, with assistance from Massachusetts State Police, Digital Forensics Laboratory Investigators, and Victim Witness Advocate Amber Anderson, all of the AG’s Office. In addition, the AG’s Office received assistance from the Everett Police Department and Investigators at the Massachusetts Insurance Fraud Bureau. 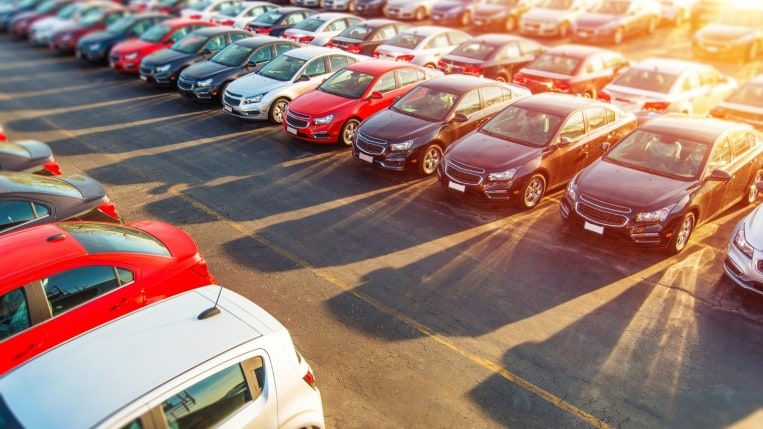