The table below includes a summary of the previous column’s cybersecurity coverage in blue plus the table of contents for this post.

Founded in 2013 in Israel, Argus raised $25 million in VC funding, quickly becaming the leading automotive cybersecurity company. Argus was acquired by German auto parts manufacturer Continental in 2017 for $450 million. It is now part of Continental’s Elektrobit subsidiary. Based on information released in April 2021, Argus has 15 cybersecurity production projects from seven OEMs that will offer cybersecurity protection for 57 million connected cars in a few years.

GuardKnox is another Israeli cyber-security startup providing cybersecurity services for connected and autonomous vehicles. GuardKnox was founded in 2016 and has raised $24 million in VC funding. Faurecia, a European Tier 1 supplier, is an investor, as is SAIC, China’s largest OEM. GuardKnox has subsidiary locations in Stuttgart, Germany and Detroit.

GuardKnox emphasizes cybersecurity solutions through Tier 1 suppliers and the supply chain. It is currently working with four Tier 1 suppliers in Europe and China along with several OEMs and aftermarket suppliers.

GuardKnox’s approach to automotive cybersecurity is based on experience in the aviation industry and solutions based on a patented service-oriented architecture. GuardKnox is also using its “lockdown” technology to protect communication among ECUs against cyberattacks. This is achieved by enforcing a formally verified and deterministic configuration of communication among the various vehicle networks using a three-layered approach.

Yet another Israeli company, Karamba Security was founded in 2015 and has attracted more than $20 million in venture funding. Karamba has offices in Munich and the Detroit area. Karamba provides embedded cybersecurity software for a variety of connected devices, including automotive ECUs, IoT devices, Industry 4.0 controllers, enterprise edge devices and others. Karamba has over 20 OEM and Tier 1 customers.

Its approach for protecting ECUs, called Carwall, provides hardening by generating an ECU-specific code based on factory settings. This ECU code is continuously compared with the original OEM settings. If ECU settings are illegally changed, the Karamba software can shut down external attacks. Carwall provides a custom solution for ECUs and is an efficient method for detecting security threats. Carwall is also MCU- and OS-agnostic, supporting Linux, QNX and AUTOSAR.

A similar product, called XGuard, is used for other connected devices. Also OS- and MPU-agnostic, it currently supports seven MPU architectures and 12 operating systems. Karamba is a market leader in providing cybersecurity for IoT devices. By the end of 2020, Karamba had agreements to protect 12 million IoT devices.

Founded in 2016, Regulus Cyber is another Israeli cybersecurity startup Investors have poured more than $10 million into the company. Regulus was first to offer sensor security solutions for ADAS and autonomous vehicles. It is concentrating on protecting data from three key sensors—GPS, radar and lidar.

Regulus addresses GNSS vulnerabilities by offering a software-only protection, including an “anti-virus” for Global Navigation Satellite Systems. The software provides location and time integrity under a wide range of attack surfaces—akin to a GPS Firewall.

Harman became a customer of Regulus in April 2020 and will use the technology in the Harman Shield, its cybersecurity product.

SafeRide Technologies was founded in 2016. The Israel-based company added an office in Bochum, Germany, in September 2020. SafeRide joined AUTOSAR as a development partner in July 2020.

SafeRide’s vSentry cybersecurity platform includes both embedded client software and cloud services with security operations center. It is a multilayer cybersecurity platform for connected and autonomous vehicles. VSentry Core is a cybersecurity software suite for connected ECUs. It is designed for Linux-based ECUs such as infotainment, telematics and connected gateways. The Edge AI version of vSentry is an Intrusion Detection and Prevention Software for central and zonal gateway modules, including IDPS for automotive Ethernet. The AI version is a cloud-based solution for fleet cybersecurity.

Upstream Security was founded in 2017 in—you guessed it—Israel. It has received $77 million in venture funding, including $36 million in May 2021 with Mitsui Sumitomo Insurance (MSI) as lead investor. MSI’s strategic investment could disrupt the telematics insurance industry. Five auto OEMs are also investors in Upstream—Renault, Nissan, Mitsubishi, Volvo Group and Hyundai.

Upstream is the leader in centralized SaaS-based cybersecurity and SOCs. Upstream does not provide in-vehicle cybersecurity software or hardware. Instead, it focuses on security services for connected vehicles with built-in cybersecurity as part of the vehicles’ connected systems. Such connected vehicles still require cyber-security protection, a segment Upstream addresses. In early 2020, Upstream monitored more than 2 million vehicles, which is likely to double by the end of 2021. It has five known OEMs and at least half a dozen unnamed OEM customers in Asia, Europe and North America. It also serves connected fleets such as in the rental car and trucking industries.

When Upstream became an AWS Technology Partner in June 2020, its software-based cybersecurity product could be used by Automotive AWS customers. Upstream is also a member of the Microsoft Intelligent Security Association, including integration between the Upstream C4 platform and Microsoft Azure Sentinel cybersecurity tracking service. Upstream is also a partner with AUTO-ISAC to enhance automotive threat landscape visibility.

Continental is the leading automotive cybersecurity supplier through its ownership of Argus, discussed above.

Harman has become a leader in cybersecurity and OTA via acquisition of three key companies: TowerSec, Red Bend and Symphony Teleca. In March 2016, Harman acquired TowerSec, a three-year-old Israeli automotive cybersecurity company for around $70 million. TowerSec specializes in network protection for connected vehicles with a focus on connected ECUs and the telematics ECU. The ToweeSec ECU Shield and TCU Shield product names were changed to Harman Shield. Harman also added SOC functionality to the Harman Ignite cloud platform.

The chip industry is increasing its role in automotive cybersecurity by adding on-chip advances to speed up and increase cyber protection capabilities. This happens as part of the MCU architecture with Arm playing an important role since the chip IP vendor is by far the leading MCU supplier to the auto industry.

Individual MCU suppliers can also add more cybersecurity-friendly features, which is now on a growth path. There is no question that they can and should do more to advance automotive cybersecurity.

NXP is the leading automotive supplier, and has multiple cybersecurity solutions. A good example is the NXP S32G2 processor announced in May. It is a versatile network processor with an ecosystem that includes many cybersecurity capabilities. In the S32G2 partner ecosystem, three cybersecurity software companies are included: Argus, GuardKnox and SafeRide. According to the S32G2 block diagram, the hardware security engine includes the following capabilities: asymmetric and symmetric accelerators, secure memory and random number generators. This may not sound like much, but they are very useful for implementing and speeding cybersecurity software.

Other automotive chip suppliers have also increased their cybersecurity MCU features; more is expected to keep up with NXP’s cybersecurity ecosystem.

Most OEMs lag behind in deploying cybersecurity, but they are on track to deploy many more cybersecurity capabilities. The WP.29 regulation forced the OEMs to get serious about cybersecurity, and OTA and those two technologies are on similar growth paths.

There is little public information on how far individual OEMs have come in deploying cybersecurity. Part of the secrecy is warranted to keep useful information away from hackers. Here are some perspectives of what to expect.

OEMs have a steep and difficult path to travel in the next 5+ years to deploy cybersecurity solutions to all their new models and provide some cybersecurity capabilities to its existing connected car customers.

Cybersecurity market growth is substantial, but starting from a relatively small base. The latest version of the IHS Markit’s annual cybersecurity market research report was released in March 2021. (I was the lead author a few years ago.)

Cybersecurity has some unique characteristics. First of all, successful companies will invest a lot in hardware, software and operational capabilities to avoid large potential expenses from hacking attacks—it is essentially an insurance policy to avoid negative cyber events that could greatly harm a company’s reputation and bottom line.

Second, after companies spend heavily and nothing really bad happens, some may wonder whether they spent too much on cybersecurity. The answer is very simple: The entire automotive industry supply chain has not spent enough on cybersecurity, and it will take many years until it catches up.

Much future investment and innovation are required.

Need to lower your car insurance? Here’s how to do it

Thu Jun 10 , 2021
You don’t have to take car insurance rate hikes lying down. (iStock) If you’ve ever had sticker shock when opening your car insurance bill, you’re not alone. Car insurance payments can creep up for a variety of reasons — a low credit score, hits to your driving record like accidents […] 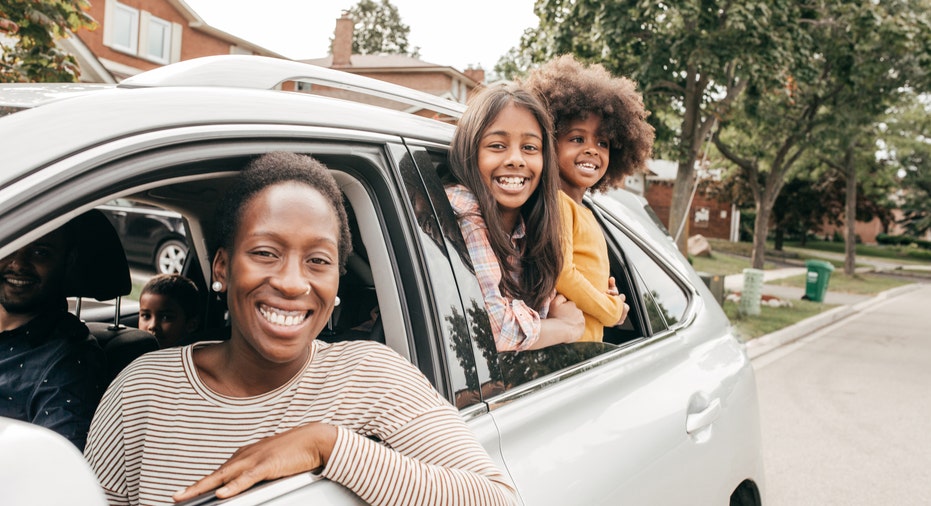 Automotive Plastics Market for Passenger Cars worth $30.8 Billion by 2026

What are automakers doing to revolutionize the car industry in 2021?