It might be running in your car right now, but you’d never know it because there’s no “Intel Inside”-like badge. And that’s just how BlackBerry likes it.

BlackBerry QNX is the de facto standard for in-car operating systems. If a car were a smartphone, QNX is iOS or Android. It’s what connects all the bits of vehicle hardware so that the “apps” — everything from the speedometer to the tire pressure monitoring system — can talk to each other securely and reliably.

Grant Courville, BlackBerry’s vice president for products and strategy — aka one of the guys in charge of QNX — puts it this way: “The consumer won’t ever see our logo. They won’t ever see our software… but we provide the safe and secure plumbing in the car.” In my conversation with Courville, he kept coming back to safety and security.

User trust is essential for automobiles, especially as they become more connected. Hackers remotely compromised a Jeep back in 2015, disabling its transmission and remotely manipulating the radio, climate control and windshield wipers. There have been several fatal crashes in Teslas that may be connected to the inability of the Autopilot system to avoid certain types of crashes. And regular consumers continue to be wary of autonomous cars, at least until they ride in one.

Volvo Trucks recently adopted the QNX platform in large part because the system comes precertified to many industry safety standards, freeing car companies up from expensive duplications of work that doesn’t differentiate them from other carmakers.

“We don’t take over differentiation,” Courville explains. “We’re sitting quietly underneath all this, making sure whatever [the carmaker] wants to do, in whatever system, the safety and reliability will never be compromised.”

In other words, for most carmakers, there’s no competitive gain to trying to build a foundational software platform. Ensuring that a radar sensor and vision camera can talk to each other, and ultimately to the adaptive cruise control system that’s determining how fast a car should go in stop-and-go traffic, that’s something that either works, or it doesn’t. No one will argue that their system is “better” on something like that (except maybe Elon Musk).

“For safety, it’s pretty much us,” Courville said. QNX controls 68% of the global EV market by volume, and in 23 of the top 25 EV makers — one of the big missing brands? Tesla.

And the partnership list is growing well beyond current automakers and EV startups. BlackBerry announced a partnership last year with Amazon AWS to offer cloud connectivity and telematics to carmakers for services like vehicle health monitoring or cloud-connected advanced driver assist systems.

And EVs make it even more crucial because an electric car isn’t too different from a laptop. “The systems they need to build with electric vehicles is exactly what we provide,” Courville said. “If you throw enough smart people and money and time at it, the stuff we do enables differentiation.”

Be in the know about smart cities, AI, Internet of Things, VR, AR, robotics, drones, autonomous driving, and more of the coolest tech innovations.
Delivered Wednesdays and Fridays

Wed May 5 , 2021
Manufacturer of ‘Quds Rise’ hopes 10,000 vehicles will be produced by next year in the crisis-hit Mediterranean country. A Lebanon-made electric car has made its debut, the first time the Mediterranean country has manufactured an automobile, despite struggling amid a dire economic crisis with frequent power cuts. The red sports […] 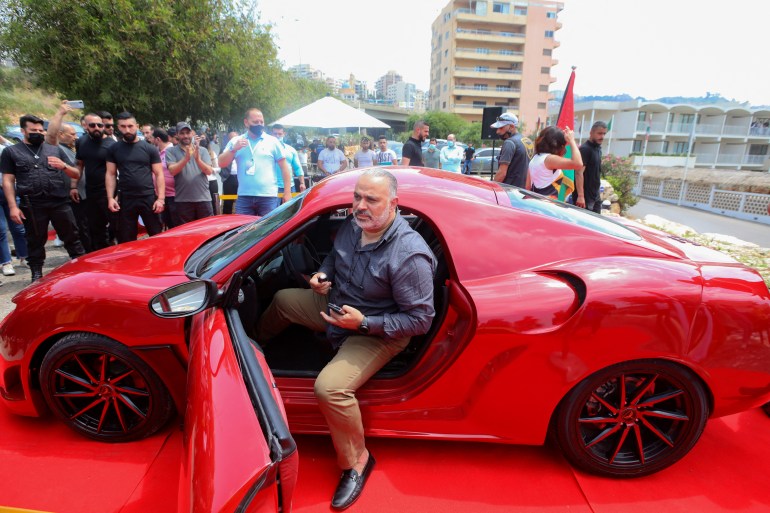