Next up: Ride & brakes

Talk about a tough second album for the 2021 BMW G310R – the Bavarian firm’s small-capacity G-series of bikes have received a mixed reception in the UK.

Built in India via the firm’s link-up with TVS Motor Company to keep their price tags competitive, the BMW G310R roadster was the first to appear in 2016 and was followed a year later by the mini-adventurer G310GS.

While the GS has generally failed to hit the mark, the R is the more popular of the two models and makes for a tempting lightweight city bike that comes with a solid array of extras and a competitive price tag of £4786.

With Euro5 regulations now coming into force, BMW have given the R a slight update for 2021 that essentially focuses around ensuring the single-cylinder motor meets the more stringent emissions requirements.

The updates are effectively just a new ride-by-wire throttle and a self-boosting anti-hopper clutch as the single makes the same power and torque as before, which is good news, and on the chassis front you only get new span-adjustable levers, LED lights and new paint finishes but there wasn’t much the R needed anyway.

There again, you would be very hard pushed to spot the updates so BMW haven’t really given buyers much of a reason to rush out and slap down a deposit on the 2021 bike as opposed to snapping up a marginally used older 2020 generation and saving a stack of cash (roughly £1500) in the process.

The G310R remains a fun and lightweight naked bike whose performance and handling will certainly appeal to A2-licence holders and has the added kudos of the BMW logo on its tank but have BMW missed an opportunity to make it even better?

The G310R is a real surprise to ride and makes for an excellent city bike. If you are wanting to zip through traffic its light weight and low seat height means this is a breeze and U-turns are an absolute doddle.

There is little to find fault with when it comes to the single radial caliper’s performance and the ABS system is also perfectly acceptable.

Out of town it gets better and as BMW have given the G310R ‘known’ brand tyres (Michelin Pilot Street) you can corner with a high degree of confidence, helped by impressively performing suspension which may lack adjustability (aside from the shock’s preload) but is more than up to the job.

A new LED headlight and LED indicators join the LED rear light for 2021 and are claimed by BMW to improve the R’s visibility to other traffic as well as enhancing the rider’s view of the road at night.

And they most certainly do stand out! In the daylight the new LED headlight is extremely bright, catching other road user’s attention and making the BMW more visible and therefore, hopefully, safer.

At night its illumination is also improved but not by a huge amount, especially on dip beam which remains a bit lacking. They are small changes but it is nice to see BMW add four-stage span adjustability to both the brake and clutch levers for 2021.

According to BMW, stage-3 is the equivalent of the old model’s non-adjustable span while stage-1 brings the levers 6mm closer to the bar and stage-4 further away. It’s a small detail but it is pleasing that BMW have also matched the look of the levers, which quite a few manufacturers don’t bother with.

Very little has changed with the A2-legal 313cc liquid-cooled single and the claimed peak power and torque outputs are the same 33.5bhp and 20.7ftlb as before and they also occur at the same revs, so that’s good news as some bikes lose ponies conforming.

BMW have added ride-by-wire to the motor to improve sensitivity for 2021 and this has brought with it an idle speed increasing system to help prevent stalls.

On the go the liquid-cooled single is a real joy, more than fast enough for urban and B-road use and with a beautiful throttle connection and peppy exhaust note.

As the R already had a very light clutch lever action the addition of the new self-boosting anti-hopper clutch is pretty hard to spot but deliberately ill-timed downshifts didn’t seem to upset the bike’s stability, so it must be doing something right.

And I didn’t stall it either, so that’s a thumbs up for the new idle speed system… If you are on an A2 licence the G310R can certainly provide enough power to allow you to progress and feel comfortable making the next step up the motorcycling performance ladder or if you are happy to keep with an A2 licence it is more than enough for day-to-day commuting use or short-hop weekend jaunts.

The only real fly in the ointment is the fact the mirrors are next to useless due to vibrations. Happily the buzzing doesn’t make its way through to the bars or pegs but at 70mph you have no idea what is behind you aside from a blurry headlight…

The fact the R is built in India and not Germany is a concern for some but after an initial issue or two (the R was delayed until BMW were satisfied) all seems well.

And remember, most of its rivals are built in Thailand, China, India or Indonesia and not Japan.

In our 2016-2020  BMW G310R owners’ reviews,  a few owners have encountered brake issues and there are complaints about hot starting but most rate its reliability highly.

The R has, however, been recalled three times for sidestand connection issues and corrosion on the brake caliper but each time, BMW have been swift to respond and they are very keen to ensure that just because the R’s price tag is low, it doesn’t detract from the firm’s reputation as a builder of premium bikes.

Overall, it seems good but you do need to take into account its price tag slightly and the paint on the engine appears is a bit poor.

Once the BMW warranty period is over, a lot of owners do the annual service themselves as this is basically just aa oil and filter swap and that will cost you less than £60 to get all the parts and if you are feeling generous, you can also add in a new spark plug and air filter. Insurance is fairly minimal (this is very age-dependent and also varies on location) and on the open road you can expect to see mpg figures in the 70-80mpg range, which again makes it nice and cheap to run.

As it is a BMW product, G310Rs tend to hold their resale value reasonably well with two year old machines going for roughly £3000 in the used market, which is a drop of about £2000.

It is slightly annoying that you need to pay £100 extra to get the G310R in the cool grey/red or white/blue paint options as the (free!) plain black option does make it look a touch dull, however as BMW owners will well know, accessories is all part of the buying experience…

A really great ‘accessory’ is the £1000 ‘Rookie to Ride Package’ which sees you taken from CBT to full licence by a BMW-authorised training school.

As the R is built in India, there are no other options on the BMW online configurator to upgrade the bike however dealers do sell low or comfort seats, luggage, a centre stand, heated grips and a 12-volt socket to fit and aftermarket firms make crash protection, taller screens, heated grips, luggage options and much more besides for this charming little naked bike.

Sun Aug 22 , 2021
Regulators released a warning this week that a flaw in some BlackBerry software (you remember BlackBerry, right?) could make the cars that use it vulnerable to hackers. A determined criminal could exploit the bug to overwhelm the software and cause it to crash or freeze. BMW, Ford, and Volkswagen use […] 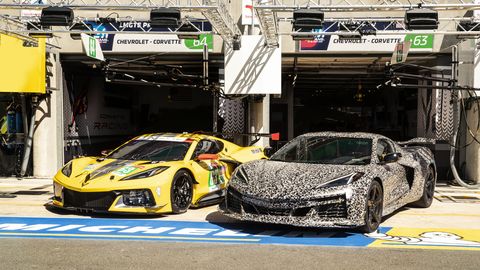