Danny Buchan doubled his tally of wins in BSB after taking victory in a shortened final race of the weekend at Knockhill.

Buchan had taken the lead away from rookie Rory Skinner on lap 24, with the red flag being waved on the following lap. Glenn Irwin went down at turn two and his Honda was left stranded in the middle of the circuit.

As a result, the race came to an end, and it was Buchan who was celebrating for the second time today. It’s his third victory at Knockhill in four races, taking victory on a Kawasaki in 2019.

Local hero Skinner took a deserving second place after leading the majority of the race from pole position. There’s no doubt that the 19-year-old has put the rest of the paddock on high alert after his performance this weekend. Tarran Mackenzie completed the podium – in an exact copy of race two earlier today – for McAMS Yamaha.

Championship leader Christian Iddon was fourth after being pushed out wide and onto the curb by Buchan earlier in the race. Bradley Ray completed the top five, whilst Jason O’Halloran fought his way to sixth. The Aussie now sits six points behind Iddon in the standings.

Tommy Bridewell was seventh ahead of Peter Hickman, who also made contact with Buchan at the final hairpin after initially being pushed wide by Iddon. Ryan Vickers and Lee Jackson completed the top 10.

Josh Brookes’ frustrating weekend continued down in 13th, ahead of Danny Kent, whilst Andrew Irwin secured the final point in 15th.

Joe Francis suffered a huge highside moment coming out of the final corner on lap seven, but managed to stay onboard, with a few nasty bumps on the fuel tank and windscreen, his BMW. A few laps later Francis returned to his garage to retire.

Brian McCormack and Bjorn Estment returned to pit-lane and retired from the race.

Danny Buchan secured a sensational victory for SYNETIQ BMW in the second race of the weekend at Knockhill.

Buchan took the lead away from Christian Iddon heading through the final corner at the end of lap 11, before using the power of the new M1000RR engine to keep the Ducati at bay down the home straight. Buchan proceeded to open up a comfortable gap at the front, crossing the line with a 1.069s advantage.

Race One: Christian Iddon clinches his first win of 2021

It’s the first time that a BMW rider has won in BSB since Peter Hickman’s success at Thruxton in 2017. It’s the German manufacturer’s second podium of the 2021 season, and Buchan’s first victory with his new team.

Behind him, Rory Skinner came out on top in an excellent battle with Tarran Mackenzie and Christian Iddon. Skinner crossed the line in second to claim his maiden BSB podium as only the fifth attempt, giving the local fans something to shout about.

Mackenzie pipped Iddon to third to ensure that both Scottish riders made it onto the podium steps at their home round. Iddon had to settle for fourth, but he does take over at the top of the championship due to Jason O’Halloran’s DNF. O’Halloran crashed out of the race at Scotsman on the 11th lap after tucking the front of his McAMS Yamaha R1. Iddon now has a three-point advantage heading into race three.

Tommy Bridewell completed the top five, ahead of Ryan Vickers and Hickman. Hickman made a superb save after missing his braking point at turn two, off-roading down the grassy hill in order to re-join the circuit.

Lee Jackson was eighth on the second FS-3 Racing Kawasaki, with Bradley Ray and Gino Rea completing the top 10. Glenn Irwin was 11th for Honda Racing UK after another difficult race, whilst Josh Brookes’ troubles also continued in 12th.

Bjorn Estment’s race came to an end at the end of the fourth lap, falling at the final corner. Danny Kent suffered the same fate at the end of lap 10. That’s Kent’s second DNF of the weekend. Takumi Takahashi and Luke Hopkins also retired from the race.

The third and final Superbike race of the weekend is due to begin at 16:30.

Christian Iddon secured his first win of the 2021 Bennetts British Superbike season in the opening race of the weekend at Knockhill.

After finishing second in all three races at Oulton Park, after leading the majority of proceedings, Iddon was determined to stand on the top step of the podium. The VisionTrack Ducati rider crossed the line with an advantage of 0.348s over Jason O’Halloran, who clinches his first-ever podium at the Scottish circuit.

The start of the race was delayed due to a fault with the starting lights. Once the lights went out, Iddon made a fantastic start but was still beaten into turn one by O’Halloran. Iddon took the lead heading into turn one on the third lap, with Danny Buchan following him through into second at Clark’s.

Buchan then took the lead at the final corner on lap six following a mistake from Iddon, but a few laps later Buchan was fortunate not to crash at the same corner and, despite producing a great save, fell back down to fourth. Buchan fought his way back to third to clinch his first podium for the SYNETIQ BMW team, and also posted the fastest lap of the race. As a result he’ll start race two from pole.

Iddon’s victory means that he’s closed the gap to O’Halloran to 10 points, whilst Buchan moves up to fourth in the standings with 41 points.

Tarran Mackenzie fought through the field from 15th on the grid to take sixth ahead of the impressive Ryan Vickers, whilst Tommy Bridewell, Lee Jackson and 2020 champion Josh Brookes completed the top 10.

Kyle Ryde was 11th on the Rich Energy OMG Racing BMW, ahead of Glenn Irwin and Gino Rea. Dan Linfoot and Andrew Irwin were the final point scorers in 14th and 15th respectively. Danny Kent retired from the race after six laps with a bike problem.

Championship leader Jason O’Halloran clinched pole position for the opening race of the weekend at Knockhill.

The Aussie, who is yet to finish on the podium at the Scottish circuit, went fastest with a 47.255, which was enough to beat VisionTrack Ducati’s Christian Iddon by 0.055s. The duo finished first and second in each of the three races at Oulton Park.

Danny Buchan completes the front-row on his SYNETIQ BMW M1000 RR. Buchan, who won at Knockhill in 2019 for FS-3 Kawasaki, topped both free practice sessions this morning.

Peter Hickman and Bradley Ray qualified fourth and fifth, which means there are three BMWs inside the top five. It’s further proof of the vast improvement made by the German manufacturer with their new M machine.

Lee Jackson leads a trio of Kawasaki riders in sixth spot, ahead of Ryan Vickers and Rory Skinner. The latter is looking to cause an upset at his home round, with Skinner based up the road in Perth. It’s his first visit to Knockhill as a Superbike rider.

Kyle Ryde and Gino Rea completed the top 10, ahead of Glenn Irwin and full-time series rookie Danny Kent. Reigning champion Josh Brookes’ woes continued down in 13th spot. The Aussie was forced to go through Q1 and appears to be struggling to find an ideal setup for his Ducati V4 R.

Tommy Bridewell qualified 14th, whilst Tarran Mackenzie’s session came to end midway through when he crashed at Clark’s (T7). The McAMS Yamaha rider was able to remount and cruise back to pit-lane, but he’ll start race one from 15th on the grid.

Dan Linfoot, Andrew Irwin and Joe Francis completed the Q2 qualifiers on row six. Takumi Takahashi was best of the rest in Q1 for Honda Racing UK. The Japanese rookie was only +0.111s off a spot inside in Q2 and will start race one from 19th on the grid. He’ll be joined on row seven by Storm Stacey and teammate Ryo Mizuno.

Josh Owens’ weekend is over after suffering a fracture dislocation of his right hand in a crash during FP2. Meanwhile, Xavi Fores is unable to return after being declared unfit following a medical check-up this morning. The Spaniard broke his scaphoid during FP2 at Oulton Park two weeks ago.

The opening Superbike race of the weekend is due to begin at 16:30 this afternoon (July 10).

Can Insurance Pay for Car Repairs: The Basics and More

Tue Jul 13 , 2021
Auto insurance can help protect your finances by paying for car repairs. But it doesn’t cover everything. Get to know the types of repairs that car insurance covers and learn what kind of policy add-ons you may need to get repairs covered. Types of Car Insurance A standard car insurance […] 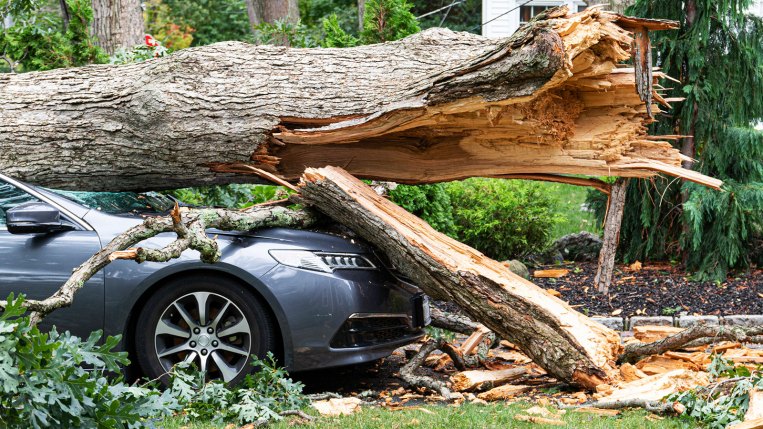