They don’t build cars the way they used to. If you say that today, it’s a good thing, but if you had said it in 1980 — and many did — it was not intended as a positive commentary.

Yet in 2021, I am detecting a strange but somehow understandable nostalgia for lousy automobiles. The New York Times recently wrote a lengthy ode to the Yugo, which was basically a Havahart trap Havahart trapon wheels, with an engine you could almost cup in your hands, and upholstery straight out of a Great Depression flophouse.

You didn’t know which was worse: when it wasn’t running, or when it was.

In that vein, James McMurtry wrote of his mother’s Sunbeam, “Left her stranded time and again/Didn’t matter, you could do that then.”

The sight of a broken-down vehicle on the side of the road was a common thing 40 years ago, its owner leaving the hood up, or jamming a white rag in the door to indicate mechanical surrender. If you had a car that hit 100,000 miles, you celebrated this rare event by calling the family together and taking a photograph of the odometer — and beginning your search for a new car.

I don’t know if they make a bad car today. There used to be a Grand Canyon-sized gulf between a Toyota Camry and a BMW 5 series, but not anymore. If you want to spend the extra $40,000, BMW will be happy to take your money, but essentially all you’re paying for is the hood emblem.

Batteries last forever, and so do mufflers. At 100,000 miles I asked the dealer if maybe it was time to change the plugs on my Ford, and he just looked at me like I’d just asked him to change out the neck yoke on my Conestoga wagon.

By contrast, I’ve had three Ford trucks of 1970s vintage, and if you hitched them together, they wouldn’t have had the power to pull the nose off a clown. You would get them “tuned up” and they’d run OK for a few months, but pretty soon you were right back to hauling firewood one stick at a time.

No mistake, I don’t want to go back to the old days. I don’t miss having to pull off by the side of the road to file the carbon off of the points. Except, I had a trouble-free Honda Accord for 10 years, and I remember nothing about that car. Conversely, I had a canary yellow Fiat 124 sport for a summer, and my goodness. Sure it broke a sway bar. Sure it lost a wheel bearing. Of course the clutch went out. I’m not sure if the wipers ever worked.

But fun? You could go around curves fast enough to knock the radio out of tune. Unfortunately, when you did, the centrifugal force would send oil spraying out the overhead cams like a golf course sprinkler, so you didn’t dare go anywhere without a case of Valvoline in the trunk.

It is true that many cars in the ’70s and ’80s had the mechanical difficulties without any redeeming automotive values to make you forget that the air filter would go rolling down the road when you came to a stop sign.

I worked at a Buick dealership then where, no lie, part of my job was to take the big Rivieras out on the interstate and run them wide open for 20 minutes until the engine was hot enough to scorch the leaked oil off the plugs, thus making it perform adequately enough for a customer test drive.

The dealer, a prominent figure in the community, spoke to the troopers to assure them that my behavior was strictly business, not criminal mischief, and they obligingly looked the other way when I came smoking past.

So today we have better cars. But in 1980 we had better stories.

Tim Rowland is a Herald-Mail columnist. 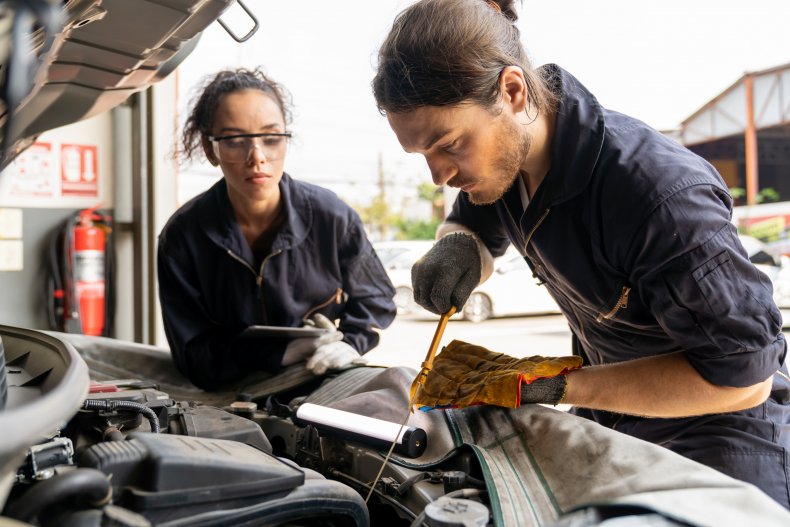