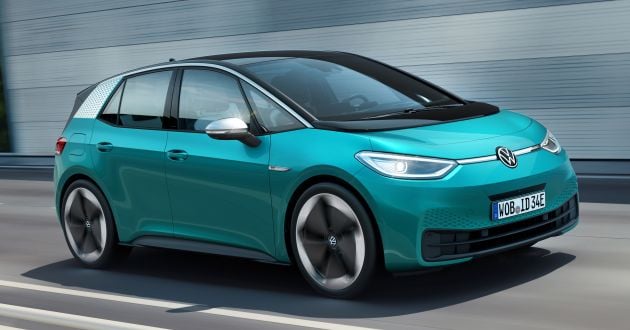 With the rapid tightening of emissions regulations in markets worldwide, the pure internal combustion engine as a mainstream method of propulsion is being backed into a corner. Hybrid electrification isn’t off the hook, either; several countries have set timelines for new car sales in the future to be strictly zero-emissions.

So, purely electric vehicles it will be, eventually. When these are presented by their manufacturers, they tend to be from one of two categories – a fully electric reworking of an existing, fossil fuel-burning model, or an all-new car based on dedicated architecture for battery-electric and in some cases, plug-in hybrid and mild-hybrid applications as well.

Whichever path is taken – bespoke platform or existing architecture – each has their merits and limitations. One example of going the route of the dedicated EV platform is the Volkswagen ID.3 on the MEB modular platform for electric vehicles.

A dedicated platform designed specifically for EV applications gives the manufacturer the chance to create a truly unique identity, while making the best of the fact that electric powertrains do not require as much space for the cooling systems and other ancillary equipment of an internal combustion engine, along with the engine itself.

A popular approach is the “skateboard” platform adopted by several manufacturers such as the Hyundai Motor Group with its E-GMP platform which underpins the Kia EV6, and the General Motors’ Ultium platform, among others, which locates the large battery in the centre of the ‘floor’ of the vehicle, thus liberating space for luggage and occupants.

Engineering an all-new vehicle architecture is no small feat, with all the systems there are to integrate. Incomplete development of systems including software could throw some especially tricky curveballs. The other side of the EV origins coin is the adaptation of an existing architecture for the use of a battery-electric powertrain.

Adapting an existing model to use a fully electric powertrain retains some familiarity for its users in terms of exterior styling as well as the packaging of the car’s interior, not to mention the relatively lower costs of development compared to designing, engineering and finally manufacturing an all-new product on a separate branch of the automaker’s family tree.

An example of this is the Mercedes-Benz EQA. While its EQ branding identifies the compact SUV as being part of the all-electric line-up, it is in fact underpinned by the Modular Front Architecture 2 (MFA2) that was conceived as the basis for internal combustion-powered models.

And so its construction proves, because although battery-electric powertrains should take up less space than their ICE equivalents, such benefits require a dedicated EV platform to be made the most of. In the case of the MFA2 used for the EQA, it actually loses 105 litres in luggage capacity to tally 340 litres, down from the MF2-based GLA‘s 435 litres. 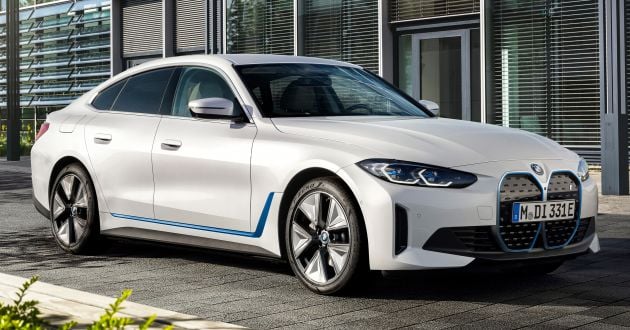 Of course, Mercedes-Benz already has a dedicated EV platform in the Electric Vehicle Architecture (EVA) that underpins the larger EQ models such as the EQS, EQE and their SUV variations, and the manufacturer’s shift to an EV-only approach from 2025 means it is well on its way to using dedicated platforms for its EV models.

That said, BMW has also taken the approach of using existing underpinnings for its i4, which is very much recognisable as a relation of the 4 Series Gran Coupe. This may be a means of expediting its EV development plans to be on track for the brand to introduce 25 electrified models by 2023, of which more than half will be fully electric.

This approach is one taken by Audi as well, likely also as a function of ambitious EV product roll-out targets. Where European manufacturers are concerned, these are driven at least in considerable part by legislation spelling the end of ICE vehicles in Europe, as well as in several other markets beyond. 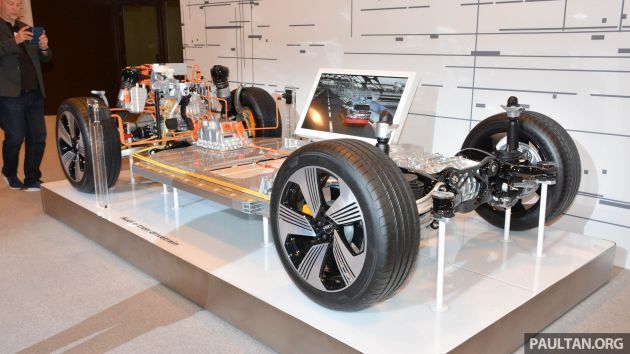 Therefore, while the different approaches in EV development among manufacturers may previously have been down to available resources and perceived customer preference, there is also another factor – time.

Automakers these days are also racing the clock – or more accurately, the calendar – to have their product ranges sufficiently electrified in order to not only stay relevant, but where legislation dictates, stay in the market and ultimately, continue to be a going concern.

Author’s thoughts? There are places for both, not least because existing platforms, by definition, are already of a certain age to begin with. Current architecture based on past, internal combustion-based thinking is still a valuable means to an EV end, especially when entire product lines have their days quite literally numbered. The dedicated EV architecture, meanwhile, lays the groundwork for larger strides in the longer term.

Once again, dear readers, bring your comments, thoughts and observations below.

Tue Aug 31 , 2021
A $2.1 million expansion at the automotive research and testing facility in Atwater’s Castle Commerce Center is underway. And, Merced County officials say the expansion embodies the future of automotive transportation. Operations and design improvements for the “California AutoTech Testing and Development Center” were taken over on May 1, by […] 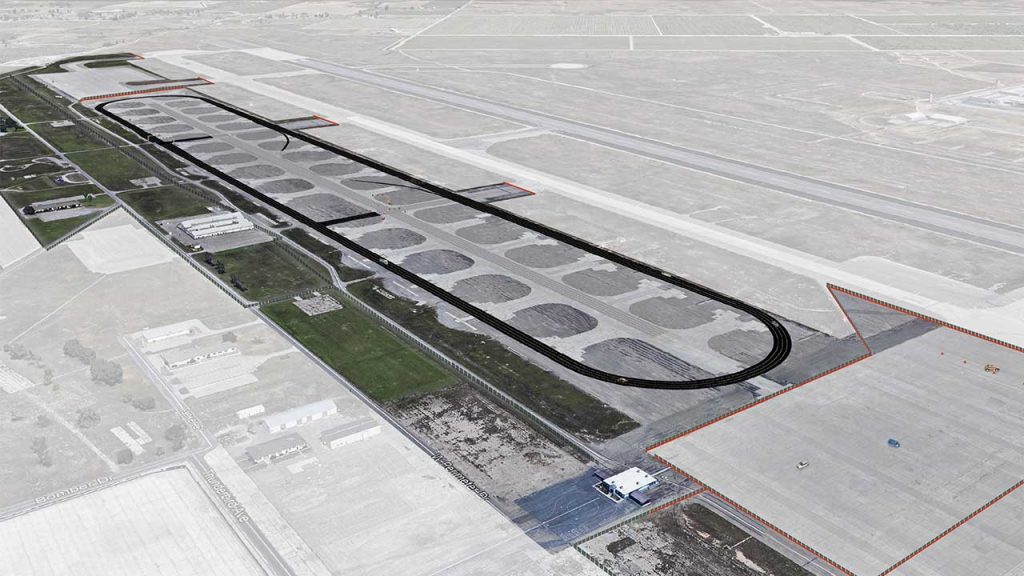