These days, it might seem like everyone’s talking about electric vehicles. You unplug them and go, feeling better about both your wallet and your contribution to the environment.

But in 2016, engineering student Lex Hoefsloot decided we don’t have to stop at plain old EVs — cofounding and becoming the CEO of Lightyear Motors, a Netherlands-based EV firm aiming at delivering the first highly capable solar car.

Lightyear’s goal is to allow its drivers to be energy independent by not needing to rely on the power grid for energy. In Lightyear’s upcoming vehicle, the One, Hoefsloot says drivers could go months without charging.

Incorporating solar technology into cars is no new concept. Manufacturers have tinkered with the idea since the 1950s, and in the early 2000s, they experimented with solar technology to power various accessories in luxury and hybrid vehicles. Take the 2006 Maybach 62 S luxury sedan, which had a solar roof that could power the ventilation system while the car was parked.

While it wasn’t feasible for a production vehicle to rely on solar power for propulsion, non-road-bound project cars were an exception.

Studying at the Eindhoven University of Technology, Hoefsloot was fascinated by solar technology and electric vehicles. Hoefsloot was the cofounder and team manager of his college’s solar-vehicle team. The team developed ultra-efficient solar cars that would participate — and win — in races across the world.

Hoefsloot said managing a college team helped him become a better leader because unlike running a company, the participants were volunteers. But then came the idea for the company: While working on his master’s degree in mechanical engineering, Hoefsloot and several others had a vision to incorporate solar technology into a production vehicle.

The first vehicle the brand plans on releasing is called the “One”: a $175,000 solar-electric sedan. It’s not a cheap car, but it will pave the way for more affordable vehicles to come.

Like other EV startups trying to stand out in a packed space, Hoefsloot told Insider his philosophy was: “Everything needs to be extreme.”

“The aerodynamics need to be extreme as well,” Hoefsloot said, adding that the efficiency provided by such good aerodynamics plays a large role in getting the most out of the solar cells. “The weight of the car needs to be very low, and all these constraints that are put on the design make it quite difficult to manage.”

“That just gives you, on one hand, a lot of freedom because you don’t need to think about routes that will actually go alongside the point where there’s chargers,” Hoefsloot said. “You just plan it and go.”

The Lightyear One is slated to deliver in summer 2022 courtesy of 53-year-old Valmet Automotive, Lightyear’s production partner. The Finnish manufacturer has built everything from Porsches to Saabs, and Hoefsloot thinks Valmet’s production expertise will complement his progressive brand well.

“So a lot of the work that we’re putting in for the Lightyear One is giving a car to people that would want to drive this very exclusive and one-of-a-kind-car,” Hoefsloot said. “On the other hand, we need to prove to the rest of the world that this is here today.”

Fri Aug 20 , 2021
A tow truck driver was shot dead inside a Bronx auto shop this week when a gunfight erupted during a dispute about a repair, according to authorities and police sources.  The 32-year-old victim and another man, 19, were inside First Choice Automotive on Randall Avenue near Bryant Avenue in Hunts […] 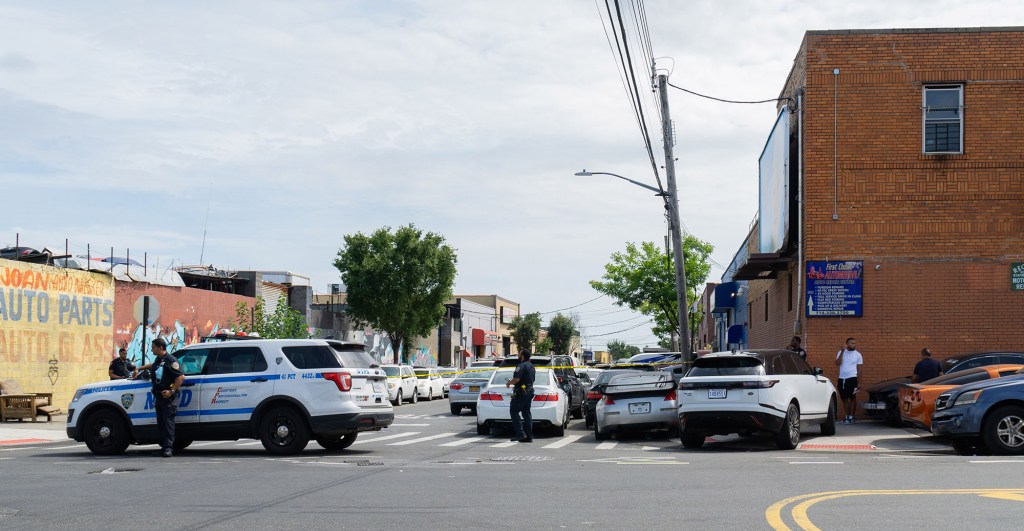