The outcome of a current standoff between auto manufacturers and the automotive aftermarket industry over who owns the data generated by automated cars will have implications for the insurance industry, according to an insurance executive.

“If the data is owned and controlled by the manufacturer rather than the driver, it seems like it may get very difficult [to get the data],” Tim Zeilman, HSB’s vice president of global products, cyber, told Canadian Underwriter recently. “It seems like there’s quite a bit of possibility [of that happening, and] it might impede an investigation.

“You don’t just have to get the driver’s consent to access the data. You’re going to have to get the consent of some third party that might be significantly more difficult to deal with.”

Cars today are collecting an increasing amount of data, including information about the driver, as well as road and weather conditions, Zeilman noted. “As we go along farther into the future, it seems logical that the data that the car collects is going to play a greater and greater role in accident reconstruction and figuring out what happened in the case of a particular incident.”

And this is where the issue of data ownership arises.

Imagine a collision involving a connected vehicle. Data for the vehicle are stored in a type of  ‘black box’ in the vehicle or in a central data housing location.

The insurer can potentially determine fault for the accident using the data collected by the car — for example, the road conditions at the time of the crash, the speed of the vehicle, or braking patterns, to name a few. But the insurers can’t access the information because the vehicle manufacturers are denying them access to reviewing the data. As far as auto manufacturers are concerned, they own information, so they don’t have to share any collision data. 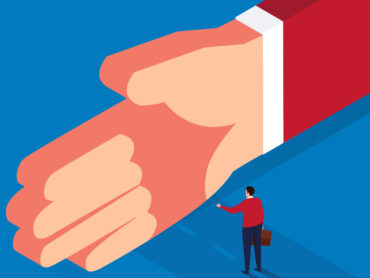 Is this scenario far-fetched?

Consider the public campaigns currently being waged by the automotive aftermarket and the original equipment manufacturers (OEMs), which are deadlocked over the issue of car data access.

OEMs are digging in their heels to retain ownership over any data generated by a vehicle they build.

The North American automotive aftermarket — an industry made up of aftermarket auto parts makers, retailers, and mechanical and collision repair shops — says the data belong to vehicle owners.

The automotive aftermarket currently has a campaign underway to raise data ownership concerns with government, under the call of “Your Car. Your Data. Your Choice.” The campaign is designed to draw industry and public support to efforts that would allow consumers to retain control of their vehicle data.

The Automotive Industries Association of Canada represents the Canadian automotive aftermarket, while the Auto Care Association represents the United States. If successful in their push for a vehicle owner’s access to a car’s data, either by voluntary agreement or through legislation, the aftermarket would gain access to tools, training, and other necessities to repair vehicles with increasingly complex technology.

Vehicle owners, in turn, would have the choice of being able to have their data accessed by an independent repair shop of their choice for repairs, or a dealership. If the status quo remains, the aftermarket warns that consumers would be forced to have vehicles serviced by dealerships.

Why does the insurance industry care?

If data access is restricted to the OEMs only, it could interfere with insurance claims, Zeilman warned. Various reports agree that upwards of 95% of new vehicles currently sold in North America are connected vehicles.

The absence of any agreement, or even a sign that one is forthcoming, concerns Zeilman. “These accident investigations are often undertaken by law enforcement, at least in the situation where it’s a serious accident,” he said in an interview. “And frankly, I don’t know today whether law enforcement has arrangements with auto manufacturers who control that data. But that seems like an obvious direction it might go in. It may not be easy for the two of those groups to agree on something.”

Ideally, Zeilman said, logic will prevail, and there will be some sort of understanding over shared data.

Fri Jun 4 , 2021
Used car lot at Honda dealership in Troy, Michigan. Ed Garsten Car shoppers on limited budgets can’t get a break. The average transaction price for new vehicles was expect to rise to a record $38,255 in May according to J.D. Power sending many consumers looking for bargains on used car […]