Commentary: Cars have become computers on wheels, so why aren’t we paying software engineers enough to ensure they’re great “computers”?

“The best minds of my generation are thinking about how to make people click ads,” Jeff Hammerbacher, former head of Facebook’s data team, once lamented. After all, those same “best minds” could instead be writing software for automotive companies. Given that a truck like the Ford F-150 now includes more than 150 million lines of code, and that software increasingly defines the value of a car, the auto companies certainly could use the help.

And yet, despite the pressing need for more software expertise in Detroit and other hotbeds of automotive manufacturing activity, it’s not clear that they’ve gotten serious about software.

The automotive sector has had to hit the brakes on sales over the past year, given tight supplies of the semiconductors that increasingly compose a car. It’s easy to assume there is little chance that automotive companies will get into the business of building chips–the same was once true of cloud providers. Intel made chips. Dell built servers. And companies like Rackspace assembled them all to make it easier to operate complex infrastructure.

However, the cloud companies didn’t stop there. In an effort to improve margins and performance, they’ve taken to designing their own chips and writing copious quantities of software. This is the end game for any company that needs to own a customer experience increasingly composed of software.

We can dither over whether the automotive industry should be building its own chips, but it is critical the industry take software much more seriously than it appears to be doing. According to Manfred Broy, an expert on software in automobiles, “Once, software was a part of the car. Now, software determines the value of a car. The success of a car depends on its software much more than the mechanical side.”

Given this importance, you’d think automotive companies would be paying Silicon Valley salaries to attract the best and brightest engineers to work in Michigan and Munich. You’d be wrong.

To keep things consistent, let’s focus on U.S. automotive companies. Given that we already know how many lines of code power the Ford F-150, let’s look at average software engineering salaries for people working for large automotive companies in Dearborn, Michigan, one of the primary manufacturing hubs for the F-150. The average software engineer salary there for someone in automotive is $90,158, according to Glassdoor data. Not bad. But if that same person decided to leave automotive and instead work for a tech company in Dearborn, she’d jump to $107,274.

SEE: How developers can negotiate a salary increase (TechRepublic)

This isn’t universally true, of course. Tesla, Uber and Lyft, for example, offer competitive compensation, as Dice data shows. But it’s also the case that these companies see software as central to how they operate–it’s not clear that the traditional automotive companies do. Not enough. Not yet. As IEEE Spectrum contributing editor Robert Charette has asked:

New safety, comfort, performance and entertainment features, the commercial imperative to offer scores of options to buyers resulting in a multiplicity of variants for each make and model, and the shift from gasoline and human drivers to electric and artificially intelligent drivers and the hundreds of millions of lines of new code that will need to be written, checked, debugged and secured against hackers, are making cars into supercomputers on wheels and forcing the auto industry to adapt. But can it?

In a report, McKinsey & Co. found that automotive software complexity rose by a factor of four over the past decade, and threatens to grow by another factor of three over the next 10 years. To manage this complexity, while driving innovation, the automotive industry needs to get serious about paying up to attract the “best minds,” who may otherwise fritter away their time attracting advertising clicks.

Disclosure: I work for AWS, but the views expressed herein are mine.

Tech News You Can Use Newsletter

We deliver the top business tech news stories about the companies, the people, and the products revolutionizing the planet.
Delivered Daily

Sat Aug 21 , 2021
MIAMI-DADE COUNTY, Fla. – On Wednesday night, about 250 bikers from Miami-Dade and Broward counties rode to the crash site where 25-year-old Ivy Ni lost her life in a hit-and-run collision. One biker told Local 10 News that Ni, who was known as Ms. Motopanda on Instagram where she had […] 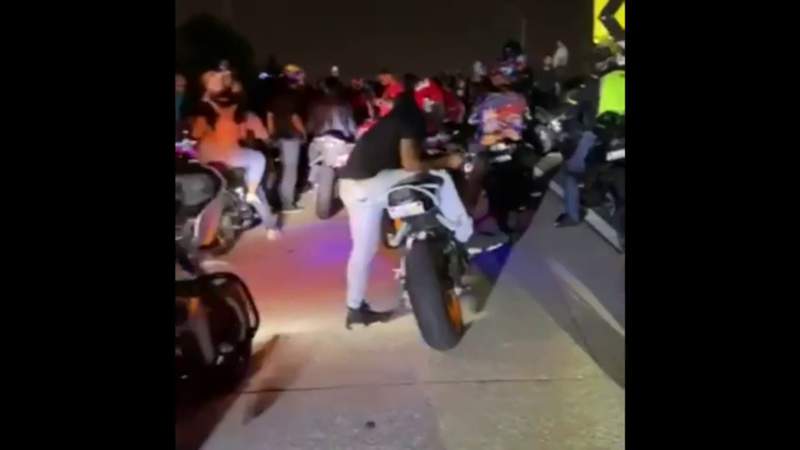