In 1992 Tadao Baba created the Honda FireBlade with the sole intention of making the best possible sports motorcycle. Deliberately opting for a 893cc rather than a 750cc motor, as demanded by the superbike racing regulations at the time, it was the bike that brought high performance to the road-riding masses and came to define the modern sportsbike.

Roll forward almost three decades and the Fireblade now has a different role; it’s still bringing high-performance to the masses, but 13 years since James Toseland gave Honda their last WSB crown, dominating superbike racing has become a major part of its objective.

“The CBR1000RR-R Fireblade is a motorcycle built for pure race-track performance,” says the blurb on Honda’s website. There’s no hiding the intention, but if the Fireblade’s now blurring the line between road and race bike more than ever, just how close in terms of performance is a showroom-spec Blade compared to the purest iteration of the breed, a fully fledged British Superbike?

Are we really riding around on race bikes with lights or is it all just marketing bluster? There’s only one way to find out and that’s by riding the road bike, Superstocker and BSB-spec Superbike back-to-back at Oulton Park.

Despite its mirrors, indicators, lights and reflectors, the road-trim CBR1000RR-R Fireblade SP looks right at home sat inside the Oulton Park pit garage. Having ridden the current model Blade on the road, I know all about its unique, high-revving character, 205bhp peak power, and fairly extreme riding position, so feel completely at ease as I swing a leg over and head down pit lane.

This SP is set in Track mode which gives the Öhlins electronic suspension the most support for hard braking, edge grip and acceleration, and it’s also running OE Pirelli Supercorsa SP tyres. With the road rubber warm, now’s the time to let rip and flail those famous Fireblade rpm.

One of the criticisms road riders have of the new Blade is its tall gearing; not only is first gear high but all the subsequent gears are broadly spaced, too, meaning that you need to hang on to cogs in order to access the bike’s power zone. For most of the lap I’m in 2nd and 3rd gear, only engaging 4th to minimise front wheel lift.

Stability, especially here at Oulton, one of the Britain’s most undulating circuits, is perfect. The road-going Blade steers accurately with the road-legal OE Pirellis offering oodles of feel. The only one thing that’s taking the shine off my fun here on track is the Blade’s ABS, which is cutting in prematurely.

Although, no sooner had I entered the braking area for Hizzy’s chicane, Honda BSB rider Glenn Irwin flashes by on an identical road-spec Blade, hazard lights flashing and ABS doing its thing. Only he manages to bury the Blade deep into the turn, leaving me wondering how on Earth he did it.

In the next garage sits a stunningly prepared Pirelli National Superstock Fireblade, the usual mount of factory rider, Tom Neave. With the bike undergoing some last-minute preparations, crew chief Eduardo Sevilla Carramolino runs me through the bike.

“Basically, the road bike and superstock are pretty close. The chassis, engine, headstock, triple clamps and linkages are identical, so too is the fuel tank capacity and position.”

The biggest change, it would seem, is its electronics. The ‘stocker’ is fitted with an HRC race kit ECU, this allows the team more adjustability with regards torque and engine brake control. The superstock bike also ditches the road-going SP’s electronic Öhlins Smart forks and is shod with Pirelli V3 Supercorsas, which are high-end treaded race tyres. With the chat over, the bike is fired up and handed over to me.

The first thing I notice is the ride height – it’s dramatically taller than the road bike – and firmer, too, as it barely moves as I sit on it. I get the nod from the pit lane marshal and make my way out onto the track. Straight away, it feels sharper and easier to steer than the road bike, and the faster I ride, the more agile it becomes – right up to the point it starts to become a little too twitchy and alive at the front end, so I nip back into the pits for a bit more steering damper…

Powering back out again, the superstocker feels as though it has more energy than the road bike, especially when exiting corners. At 210bhp and 89lb.ft it has much more top-end poke than the road bike, but I later discovered that sensation is enhanced by the stocker’s much shorter gearing, with both front and rear sprockets different to the road bike.

The HRC ECU also allows more control over things like throttle response and engine braking, vital for giving the rider the exact feel they want. As a result, the stocker’s been made to feel much sharper and more immediate than the road bike, and it’s taking me a little while to get used to the harsh, aggressive feel.

And that’s the over-riding sensation I have of it as a whole – it feels fierce, raw and a bit scary, no doubt exacerbated by Oulton’s notorious yumps and bumps. I head back to the pits with a few more grey hairs than I left with…

Time for the Superbike…

After my experience with the fire-breathing superstocker, I was starting to get the heebie-jeebies about the thought of riding the 240bhp superbike. Everything about it is purposeful – from its lightweight OZ wheels, Motec dash and switchgear to its titanium fasteners and carbon-fibre bodywork.

Mechanically, the engine is identical to the road bike and ‘stocker, but has been blueprinted and includes a modified cylinder head, camshafts and valve springs. The tolerances within the engine are now so fine that it needs to be pre-warmed prior to start-up using a Goodridge oil-heater.

As if the pressure wasn’t high enough, Honda Racing team boss, Havier Beltran, then rocks up with Glenn Irwin’s crew chief, Spyder, to brief me on the special machine I was about to ride.

“The gearbox will be different to what you’ve used before,” begins Havier. “It’s got no neutral between first and second. You can only put it in neutral by pressing a switch on the left bar.”

He then talks me through the dizzying dash, control buttons and rear thumb brake. Then, before I know it, the bike is handed to me with the tyre warmers off, started up and with the clutch in.

Pulling out of the garage and into pitlane I’m surprised by how little steering lock it’s got but also how wide the handlebars are, increasing the leverage and making it steer really easily.

But by just a quarter of the way through my out lap my nerves are calming down. The control and stability offered by the superbike has eclipsed memories of the superstocker. The superbike has incredible balance and surefootedness, particularly in fast corners thanks to its stiff-walled Pirelli slicks, and the way it catapults down the straights is ridiculous – like a kick in the pants, quite literally.

It’s an incredible feeling to have 240bhp in your right hand but despite all its engine performance and insane power, it also feels refined, almost smooth. This is the ultimate expression of Honda’s Fireblade – the bike in its purest form.

But despite how good I feel, I know I’m not even scratching the surface of what this machine can do. I haven’t the expertise to ride this bike like Glenn Irwin or his new Japanese teammates, Ryo Mizuno and Takumi Takahashi. And that’s the thing with these latest superbikes – they don’t ride themselves.

Despite all their fabulous tech and innovation, it’s still the rider’s experience and skill that makes the difference between winning and losing.

Now I’ve experienced them for myself, there’s only one question left to answer – just how many seconds adrift is the showroom spec, road Fireblade SP to the full-on BSB race machine and just where does the racer have the edge?

With over 20bhp more power than the other Blades, it’s no surprise that the Superbike eclipses both in terms of top speed on the Lakeside Straight. But it’s not as simple as just gassing it. At 156mph, Glenn has his work cut out to manage the superbike over the bumps without losing drive, and he does this by skilled use of the throttle and rear thumb brake. Remember, there’s no electronics to help him.

The road bike’s max lean angle is impressive. Glenn got the road tyres working overtime with an insane 55 degrees of lean through the banked Shell Oils hairpin. Both the Superstock and Superbike are fitted with race tyres which give much improved stability and grip at high lean angles – known as edge grip – which is important for getting the bike to accelerate out of the corners and upright as soon as possible. Get it over, lad.

Running with its ABS, lights, mirrors and road tyres, Glenn was still able to do a 1:41 lap on the road-going Fireblade, good enough to win a top-level club race against full-spec open class race bikes. And the lap he casually put in on his superbike just for the sake of our test was, incredibly, just one second off the BSB lap record. Watch this space…

The road bike is limited to how much braking force can be applied to the track surface by the ABS system, it peaks out at -0.90g regardless of the pressure on the lever – essentially the rider is cut out of the loop. Both the Superstock and Superbike have no ABS and easily peak at around -1.3g, any more and the riders have to start managing the rear wheel lifting off the ground. The superbike’s stiff slicks may help give extra support and stability on the brakes.

All three offer ways to dial-in stability, via ride height, suspension settings, even steering angle and swingarm settings on the Superbike. The road bike provides a spooky amount of stability – as does the Superbike, which is incredible when you think it’s got 25bhp more and weighs a good 25kg less. 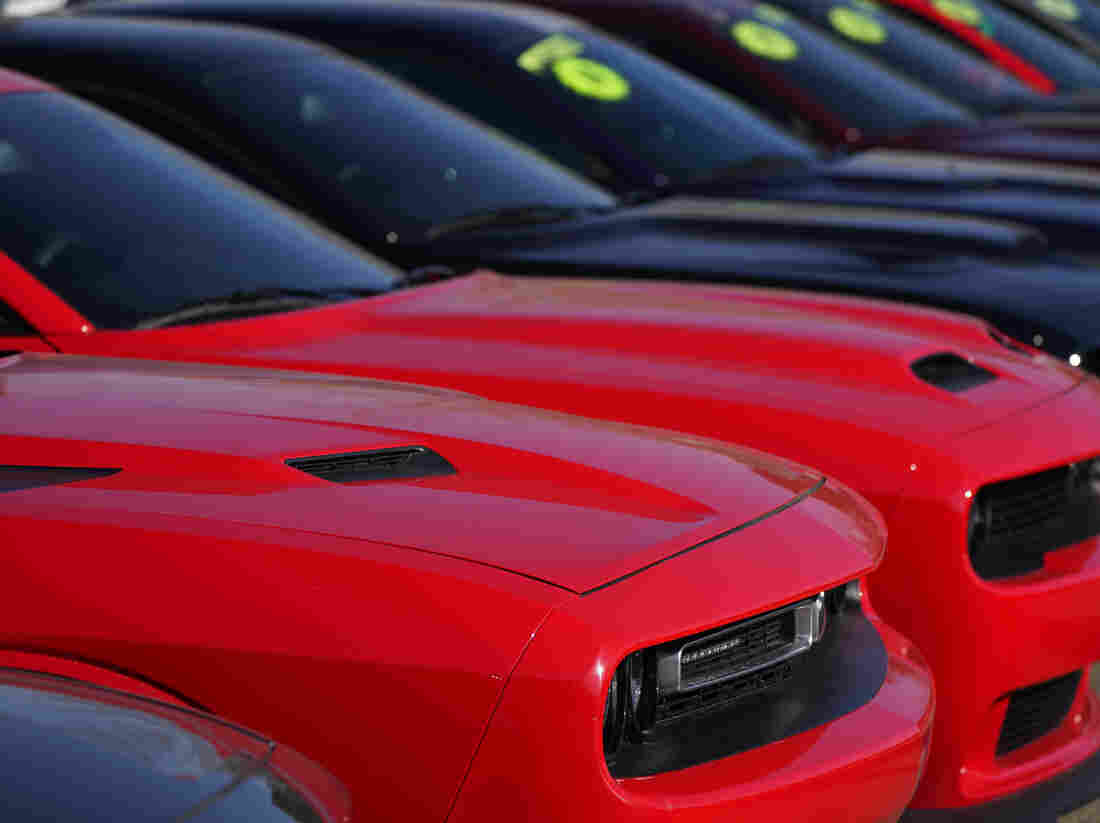