KTM hit the mainstream with the 790 Duke in 2018, followed by a strong update this year boosting capacity to 890. Now spyshots suggest there’s another bike in the offing.

When the 790 became the 890, the basic building blocks of the bike remained the same, but that’s not the case with this new model. For a start the engine is new and, with the exception of one cover, every single part has been redesigned.

The suggestion is a capacity increase, likely to 990cc, to offset upcoming Euro5b work. That also explains the new exhaust and massive radiator. A big chunk of Euro5b relates to noise emissions, so expect manufacturers to fit steadily fatter exhausts and water jackets around engines to help deaden mechanical noise.

There has also been considerable work to the chassis, including a redesigned swingarm. Some of this will be to cope with increased power but a lot of the work appears to have gone into clearing the giant exhaust collector. At just 169kg (dry) the current 890 is a lovely lightweight machine and there’s no reason the new bike should get any heavier.

Up front KTM have been seen testing two suspension set ups, including a model with considerably more relaxed steering geometry. This could be to calm the bike for road riding but could point towards a range expansion.

KTM’s only sports tourer, the Super Duke GT has a 1290cc engine and heaps of power but plenty of people don’t want something quite so big – just look at the popularity of Yamaha’s Tracer 7 and Tracer 9.

Rumours have been swirling about a KTM sports tourer for some time and this new engine could be just the platform for it.

The Abarth Special Series: From the Opening Edition to the 695 Esseesse

Mon Jul 26 , 2021
Compared with the performance divisions of other established auto companies, Abarth is not exactly at the top of the food chain. The brand’s present lineup only comprises two car families, the 595 and 695, and none of them are regarded as the pinnacle of performance motoring. Yet these Abarth cars, […] 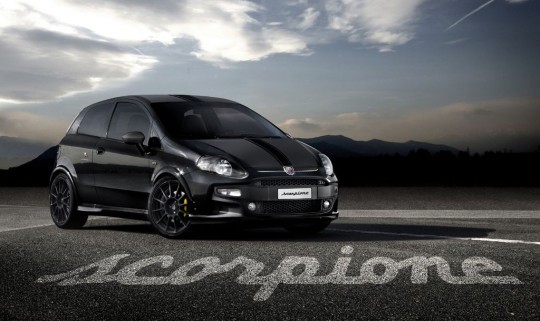