I realize that when it comes to cars and what I like in a car, I’m kind of an outlier. I’m delighted by machines with well under 100 horsepower and the sort of comfort most people would associate with being dragged behind a tractor on a yoga ball. Maybe “outlier” isn’t the right word? Maybe “idiot” is better. Even so, that’s doesn’t mean I can’t appreciate what mainstream car buyers want. In fact, I’ve been observing automotive normies for a while, and I think I have some ideas about what they really need and want, even if they wouldn’t say so themselves.

By “normies” I mean people who don’t necessarily give a shit about cars, but still use them every day, for all kinds of things. I know plenty of people like this. They may have affection for their own car, but couldn’t give a brace of bowel movements what direction its pistons move or how much volume they displace or how many joules of energy their electric motor may demand at any moment or anything like that.

So, in an era where we have carmakers pushing wildly quick 0-60 times or advanced, yet still very compromised Level 2 semi-automated systems, or remarkable off-road abilities or yoke-shaped steering wheels or more and more touchscreens or whatever, it’s worth taking some time to consider what normal, car-owning-yet-not-car-give-a-shitting people might actually really want and really need.

I’ve been watching my car-normie friends, listening to what they complain about, seeing the ways they use their cars, and I think I’ve come up with five key areas that would make life with a car better and easier for the normies:

I suspect that most of our regular readers are people who take care to keep their car’s interiors fairly clean, even if they own humble cars. I even try to keep my Yugo’s interior from getting too trashy. But this is by no means the case for many, many car owners, and it’s not all their fault.

G/O Media may get a commission

Even otherwise tidy people I know end up with filthy car interiors. Trash on the floors, sticky spills, various bits of clothing and general whatever just everywhere, and a lot of the reason why this happens is that people are distracted and busy, and cars aren’t the easiest interiors to keep clean. Add kids to the mix and it gets even worse.

What car designers need is to acknowledge this a problem that exists and actually put some efforts into doing something about it. Cars should have usable, integrated trash receptacles, ones that are easy to empty.

On SUVs and minivans, there should be a way to empty the trash bin from the exterior of the car—I drew up an idea for this a while back:

There just needs to be some reasonably-sized place to stick trash, and an easy way to empty it. Also, cupholders should have drains and rinsing systems; think about tapping the washer fluid reservoir to feed little jets in the cupholder area that can wash gross old coffee creamer and sticky soda residue down a little drain that empties under the car.

This isn’t rocket science, it’ll just be a little bit of clever design and engineering. It’s time to accept that people can be slobs, and give them ways to make being a non-slob easier.

2. Level 4 automation, but only for really slow traffic and long straight highway trips

Almost all major automakers are currently developing their own automated driving systems, and currently all are just Level 2 semi-automated systems, demanding drivers be ready to take control at a moment’s notice.

I think these Level 2 systems are conceptually flawed and will continue to be abused. We’re also a long way off from full Level 5 autonomy, where the car just drives itself, but I think there is a demand for some degree of self-driving.

What I think the normies want doesn’t have to be full self-driving, not by a long shot; there’s really only two situations where almost everyone would love to not have to pay attention to driving: slow, boring, miserable traffic jams and long, boring, low-congestion, straight-line highway trips.

So, instead of beating our AI-heads against the wall trying to make cars understand complex traffic and predicting what that dipshit on the penny-farthing might do next, let’s just limit autonomy to these two very specific situations.

We’d have Level 4 autonomy—that means it would be only active in approved locations (similar to what GM does with Supercruise) so that it should work on stretches of highway that are already mapped out for the higher-speed driving, and for the traffic jam driving, it would be limited to, say, 30 mph or less.

Both scenarios would not require any driver takeover and would have failover standards that would get the car out of trouble and out of everyone’s way if anything goes wrong, with no reliance on the driver to even be awake.

This will still take some development and likely cross-manufacturer standards, but instead of trying to do everything, just hit the places where people are most likely to want to sleep or sext one another instead of paying attention.

Most normie drivers I know have at one time or another attempted to move something bigger than their car was designed to handle, and they often did a shitty job of it. A mattress, some bicycles, a big dresser or couch, a kayak, whatever. I know I’ve done it.

Mainstream cars—especially SUVs—need to be able to handle these occasional situations with more safety and capability.

As a start, I’d make roof rails without crossbars illegal; far too many people see their SUV has roof rails and assume that’s what a roof rack is, and then you’re dodging a mattress on the highway.

People will always attempt to carry big, awkward things in their cars, and, again, this needs to be accepted and made better and safer, not just warned about in the owners manual that none of them will ever read.

With EVs becoming more and more common, it’s time to stop caring what carmakers want and think about what car buyers and owners will need. And what they need is to be able to charge with the same gleeful ignorance that lets people fill their cars up at any gas station.

Elon Musk made a good step recently when he announced that Tesla’s excellent Supercharger network could be made open to other brands:

Along with this, batteries need to be standardized. I mean, ideally, there should be connector and other standards for as many EV parts as possible, because that will make servicing and maintaining EVs so much better for the average owner.

I know carmakers will balk, claiming that doing so would be too hard or that there are engineering concerns, but here’s the only reasonable response to that: fuck ‘em.

They’re smart people, they’ll figure it out. Battery replacement or repair for your EV shouldn’t put the owner at the mercy of one supplier who can soak them for absurd amounts of money. The goal is to make things better in the EV era, not worse. I’m looking out for the little guy, the everyday car owner, and not being stuck to one company for unserviceable parts like integrated battery packs is how we make things better.

5. Forgiving bodywork and bumpers, and even un-curb-able wheels

You know what else would really help everyday drivers? Forgiveness. Specifically, design forgiveness, as in things like bumpers that can take minor damage without looking like crap and wheels that can rub against a curb without causing hundreds of dollars of damage.

Like so many of these suggestions, this is just an acknowledgment of the actual lives most cars lead, which tend to be messy in lots of little ways. Wheels rub against curbs, so why do so many wheels protrude past the tires, making them vulnerable to ugly scrapes? It’s ridiculous.

Mainstream cars need attractive yet unpainted bumpers that can take little scrapes and bangs and not look any worse. Wheels need to be protected by the tire sidewall. Normies aren’t as fussy about little styling fetishes like ultra-low profile tires, but they definitely do not want their wheels looking like the knees of a kid who just ate shit on his bike on a gravel road.

Cars live outside, in messy reality. They need to be designed to deal with this, and repairs for minor damage need to be significantly cheaper than the average currently is.

This is just a little obsession of mine. Some carmaker needs to make an affordable, practical amphibious vehicle because I think there’s a surprisingly large potential set of buyers who would absolutely love something they can drive to work all week, then drive into a lake on the weekend.

It doesn’t have to be a particularly good boat; just has to float, be mostly controllable, and let people lay on the roof.

It has to be easier than dealing with a boat, and generally as usable as any, say, mainstream crossover. This is an achievable engineering challenge, but one worth doing, I say.

How to keep your car insurance costs low amid rate increases

Sat Jul 24 , 2021
Auto insurance rates are set to rise in the year ahead but drivers can follow these steps to keep their premiums low.  (iStock) Recent data from the Bureau of Labor Statistics (BLS) shows that car insurance rates have risen in the last few months, following a decrease amid the COVID-19 […] 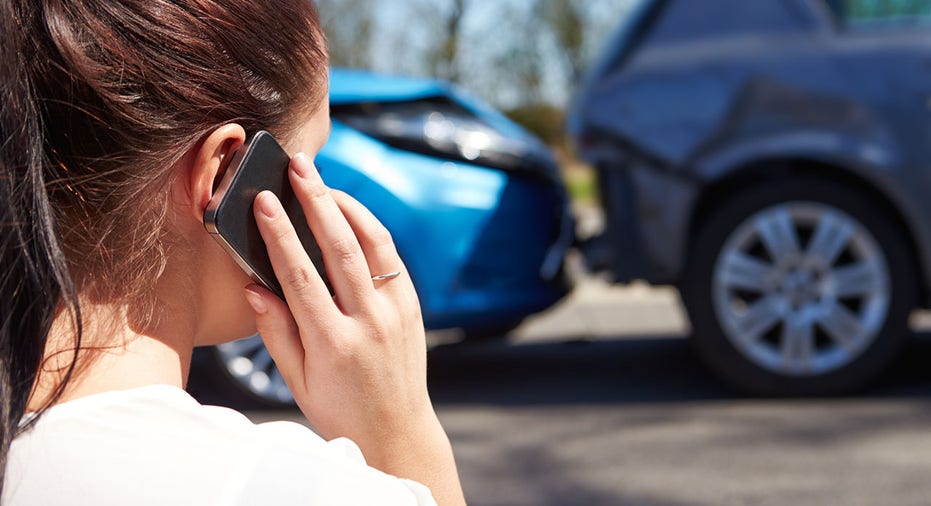