The Ford Motor Company has been building cars since 1903. There are few car manufacturers bigger than Ford. In fact, Ford is one of only two American automakers that have never gone bankrupt since its founding, despite facing some extremely tough challenges along the way. The company has shaped the car industry through the years, giving us some of the greatest American cars ever.

From the revolutionary Model T to the F-Series pickup truck that continues to sell more units than any other vehicle in America, Ford has a huge amount of cars to brag about. The following are ten of the most important cars Ford has ever made.

The Model T is an important car not just to Ford’s history, but also the automotive industry as a whole. Introduced in 1908, the Model T was the world’s first mass-produced vehicle and is still regarded as one of the most influential inventions of the 20th century.

The Model T’s launch price of just $825 meant that it was affordable for most people and since it was dependable and easy to repair, it became the ideal workhorse for rural business owners. With more than 16 million examples produced over a 19-year production run, the Model T is still among the top ten most produced cars of all time — which is impressive considering it was discontinued almost a century ago.

The Mustang is, without doubt, the greatest muscle car ever built. Introduced in 1964, the Mustang has been in continuous production for almost six decades over six generations. Gearheads adore the Mustang for its muscular design, loud V8 engines, and the fact that it has always offered top-tier performance without costing too much.

The F-150 is a fantastic pickup truck that Ford introduced in 1975 as part of its popular F-Series. The F-150 started as a pickup truck designed to help farmers and business owners haul heavy items, but it has evolved into a daily driver for millions of Americans. The F-150 is so popular that it has been the best-selling vehicle in America for the last three decades.

In the early ’60s, Ford was determined to end Ferrari’s dominance at Le Mans after the Italian marque had pulled out of a takeover deal. Ford worked together with John Wyer Automotive Engineering and the Legendary Carroll Shelby to build its first-ever race car. The result was the GT40, which is considered to be one of the greatest American race cars ever, if not the greatest.

RELATED: Here’s What Everyone Forgot About The Ford GT40

The GT40 project proved to be a huge success, as it recorded a famous 1-2-3 finish at Le Mans in 1966, ending Ferrari’s dominance. The GT40 went on to win the next three annual races, proving that American automakers could succeed in a major European championship.

The Mustang Mach-E is barely two years old, but it’s already important enough to earn a spot on our list. Anyone who has been paying attention to the auto industry knows that the future is electric, and if Ford was going to survive in such a future, it needed to build a worthy Tesla competitor. That’s where the Mustang Mach-E comes in.

The Mustang Mach-E is a four-door electric SUV that is gaining a lot of popularity thanks to its attractive design, luxurious interior, brisk acceleration, and relatively low price tag. The top-of-the-range Mach-E has a range of over 300 miles, making it one of the longest-range EVs today. ​​​​​​​

After World War II ended, returning soldiers who had been exposed to fast European sports cars wanted something similar from an American automaker. When Chevrolet introduced the Corvette in 1953 to deal with the demand, Ford knew it had to respond with a worthy competitor. That’s how the 1955 Thunderbird was born. ​​​​​​​

The Thunderbird was praised for its beautiful exterior design, comfortable ride, and more luxurious interior than the Corvette. Unfortunately, it was less powerful than the Corvette, which explains why its sales were terrible in comparison. Ford built around 53,000 examples of the two-seat Thunderbird until 1957, when they replaced it with a four-seater. ​​​​​​​

The ’70s to ’80s era was terrible for the Ford Motor Company. Growing competition from Japanese manufacturers and the underpowered nature of the Mustang meant that Ford’s market share was shrinking rapidly. ​​​​​​​

Thankfully, Ford managed to turn its fortunes around when it introduced the Taurus in 1986. There’s nothing special about the Taurus, as it was just a mid-size four-door sedan with a small four-cylinder engine. However, it was the Taurus that saved Ford from the brink of bankruptcy as it had sold more than 2 million units by 1991. ​​​​​​​

In 1963, Ford established the Team RS as its performance division, aiming to produce high-performance cars to participate in motorsports and take on the best cars in the world. The first proper RS car was the hand-built 1970 Escort RS1600. ​​​​​​​

RELATED: These Are The Coolest Ford RS Models Of All Time

In the ’80s, Ford executives wanted to build a new supercar to take on the Audi Quattro in Group B rallying. After years of development, Ford unveiled the RS200 in 1984. The RS200 was a mid-engined, ultralight, four-wheel-drive car that is regarded as one of the wildest rally cars ever. ​​​​​​​

Under the RS200’s hood lived a Cosworth-tuned 1.8-liter turbocharged engine, delivering around 250 hp in the road-going versions and 400 hp in rally-spec versions. The RS200 took less than 5 seconds to accelerate to 60 mph, making it one of the quickest cars of the 80s. Unfortunately, the FIA banned Group B cars in 1987 after the RS200 was involved in two catastrophic accidents. ​​​​​​​

Since Ford introduced the Focus hatchback in 1998, the RS division had always produced a high-performance version to cater to power-hungry hot hatch lovers. Ford also built an RS version of the third-generation Focus in 2016, and it turned out to be one of the greatest hot hatches ever.​​​​​​​

For starters, the 2016 Focus RS had an all-wheel-drive system for the first time, giving it the handling and driving feel of a sports car. It also had a 2.3-liter turbocharged engine under the hood, generating a massive 350 hp and 351 lb-ft of torque. Sadly, the 2016 RS was the last car the Team RS built before Ford shut it down.

The Corvette has seen many changes over the years but the classic has stood the test of time. Here are 10 of Chevy’s most impressive Corvettes.

Martin is a seasoned content creator who has been writing about cars for over a decade, and has been in love with them for even longer. Growing up, Martin was surrounded by gearheads who instilled a deep love and understanding for cars in him at a young age. He loves to learn and write about all the developments happening in the auto industry – especially in the EV space. When he’s not writing about cars, he likes to spend quality time with his wife, kids, and fur baby.

The Chip Shortage Could Last Years. It Isn't All Bad for Auto Stocks.

Wed Aug 18 , 2021
Text size RBC analyst Joe Spak says the chip shortage choking auto production could last years. The crunch has been good for vehicle mix, however. Dreamstime The automotive-semiconductor shortage is constraining global car production, leading to low inventories and high prices for new and used vehicles. It could last for […] 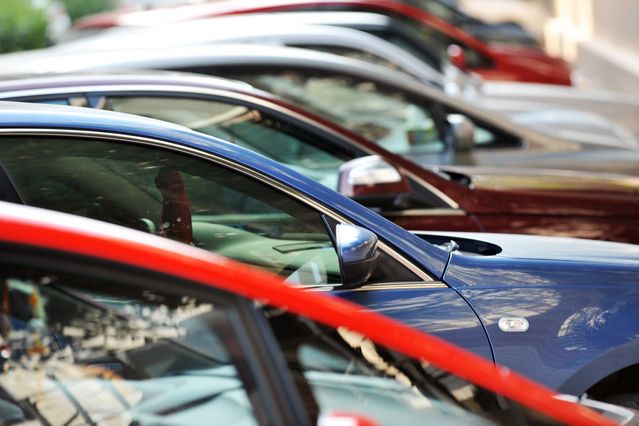