Electric cars and intuitive interiors draw consumers out to buy new cars. Cheap luxury features and overpriced upgrades are the name of the game, and it seems to us car folks that cars are going downhill. Most of us agree there hasn’t been a true purist’s sports car with a great interior since the early 2000s!

Nay-saying aside, there are some trends we’d like to hold on to if we can. These are things that are loudly protested when they aren’t available, and rarely benefit the consumer when taken away. Let’s share some of our favorite dying car trends so that the market will hopefully stay its hand in the jarring future that kills off purpose-built cars for SUVs and sacrifices reliability for better margins.

Ever notice how modern car reviews focus so much on infotainment systems? Perhaps the car industry misunderstands this as important, but in reality, irreplaceable infotainment systems are manufacturers’ biggest tool in making a car cost more upfront and become dated sooner.

When DIN-standard sized stereos came about in Germany in 1985, they hoped to avoid this. Now, instead of replacing an old system with one of the same sizes, you need harnesses and adapters for every little control and feature that the car came with. Where we could once use one harness to change between a Sony and Pioneer system, now we need fittings to get the right stereo size, harnesses that hopefully fit all the wires we need, and a full team of guys with electrical engineering degrees to make it all work!

9
Headlights We Can Control

If you’ve driven a new car for more than a week you’ve had people flash their brights at you. New LEDs don’t have special technology to stop you from blinding oncoming traffic every time you hit a bump. What’s worse, you can’t ever do covert things that you may need to by turning off your lights. Thanks to daytime running lights being a standard feature, headlights just can’t be turned off in most cars.

Granted, the visibility was worse in the olden days, but you didn’t have to worry if your car would turn your brights off automatically, or accidentally decide to blind a sketchy character at night. The compromise, then, is manually dimmable lights that can be turned off completely and have more intuitive systems to avoid causing accidents.

Ah, what about the Audi RS6? Well, this is one wagon. Name another that goes 0-60 in under 4 seconds. Name a fast wagon sold in the United States. The fact is, manufactures didn’t take long to realize that a family would rather have a full-sized SUV than what was basically a long muscle car.

The wagons that do exist don’t try for impressive 0-60 times. In fact, they normally fall dead last. Wagons were great because you could get a low ride height, great legroom in the back, and the seats could fold into a full-sized bed! You can park in any garage, fit skis nicely, and reach bikes and skis on the roof. Now, the last attempts at fun wagons are by Audi and Mercedes, and even they are nothing to sneeze at in the U.S.

7
Interiors Made to Last

Have you ever hit a bump in a slightly used, modern Chevy? It sounds like shaking a bucket full of Legos! Comparatively, have you ever gotten in a 30-year-old Japanese car and thought “wow, how are none of these buttons broken?” Cars with 500,000 miles from the 80’s roll around with real metal buttons, well-made leather seats, and dashes that don’t crack after one bad summer and look fine except for some slight color fade.

New cars seem to be at a point where if you daily drive them for more than a few years you have at least one of the following: a broken shifter component, a torn seat side, peeling paint, or misaligned panels. Brang back the solid plastic pieces that don’t have cheap metallic finishes! Bring back the solid feel-ing buttons and opaque climate controls!

Even in small new trucks, the visibility, height, and size are painfully close to their full-size counterparts. It might not look good in modern design, but the benefits of a sedan-sized truck were countless! Even if it’s just a fun offroader like the Subaru Baja, we could really use a truly small pickup again.

Ever since the faux-leather-cloth hybrid came out people have been suffering the worst of both worlds. Leather seat covers seem to be getting thinner and the texture is strange…almost porous. Real leather had a way of being comfortable to sit on, easy to slide into, and it was compatible with the cushions.

Aside from hybrid materials, very few of which I trust, the seats themselves seem to not hold you the same. I’m not asking for a pillow of leather-wrapped-down feathers, but it would be nice to not think I’m sitting on a park bench. Nice cars seem to be the only ones that know how to fit and hold the human form.

I get it, instant toque, better miles per gallon, handling improvement; hybrid supercars have their benefits. The sad thing is the gas-only supercar market is clearly dying. Purely mechanical cars, some not even turbo, were the ones that were predictable, responsive, and reliable.

The greatest cars in the last few decades seem to not be hybrids, but raw, unaided gas motors that relied on mechanical savvy and didn’t “cheat.” The McLaren F1, the GT3 RS, and all muscle cars to name a few.

3
Cars Made For Modding

The only cars that seem to be made for modifying at home are either incredibly underpowered cars like the BRZ/86 or overpowered with little track aptitude like a Challenger.

When Japan automakers came together and set their own 276-horsepower limit that’s when they switched to the aftermarket capability, leaving room in the engine bay and over-building engines like the 2JZ. Even if not designed for it, old muscle cars also offered plenty of playroom in the engine bay.

Related: 5 Japanese Sports Cars That Are Meant To Be Modified (5 You Should Keep Stock)

Besides the antique non-powered steering, rack-and-pinion is reserved only for the likes of Porsche 911s. They have power assist, but they also allow for exact and flawless road feedback. With it, you can really feel every dip and turn in a track and drive accordingly.

Now reviews of SUVs and even sports cars are plagued with professional drivers complaining about how they have no road feedback. Driving seems to become a numb and emotionless point-and-go experience. New electric cars don’t even need more than one pedal!

There are some major advantages to standard transmissions, including (in certain cars) being faster! They’re simpler mechanically, less frequently targets for theft, and, of course, you get full control of the torque being delivered.

It sort of makes sense that a simple or even self-driving era would usher out manuals, and the dangers presented by stalling or missing gears in traffic are eliminated, but we don’t care! The only cars really worth having fun in are manuals, and if they disappear, we’ll have no purist’s sports car to rip around a track or up a canyon.

There are brilliant trends that make both cars and driving more fun, and then there are horrible automotive trends that just need to go away!!

Wyatt is from Utah and likes to bike, ski, and drive too fast. He’s written articles on motorcycles and cars for years but prefers writing about JDM vehicles. He has his own JDM car blog, Cheap and Ugly Blog, and he has been featured in DriveTribe more than once. Some of his content has had over 6.5 million views. He loves Formula 1, Formula Drift, and World Rally Cross.

Sun Aug 29 , 2021
Photo Credit: SPE ACCE On Aug. 24, the organizing committee for the Society of Plastic Engineers (SPE, Bethel, Conn., U.S.) Automotive Composites Conference & Exhibition (ACCE, Detroit, Mich., U.S.) announced the winners of its annual SPE ACCE scholarship and the Dr. Jackie Rehkopf scholarships from an endowed fund that has been set up […] 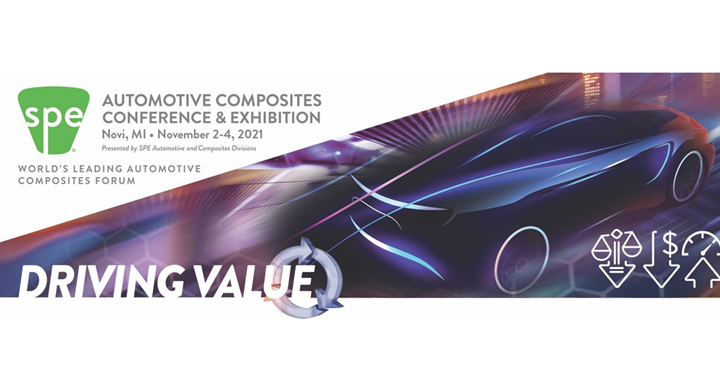